World Day for Farmed Animals (WDFA) 2021 reached around the world with its important message: Animals are not food. Organizations and individuals held vigils, demonstrations, food sampling, information sessions, and online webinars; reaching thousands with a message of compassion. WDFA 2021 was made even more impactful with the partnership of these animal rights organizations. Thank you all for your support.

World Day for Farmed Animals (WDFA) in the media and online:

Thanks to partner organization Vegan FTA for their feature “Rise up for the Voiceless on World Day for Farmed Animals,” which was shared across Facebook, Twitter and Pinterest. Their Facebook page reached thousands on October 2nd, through features, photos, and the #fastagainstslaughter. We are also grateful to Animal Justice, Mercy for Animals, Veganuary, We Animals Media, In Defense of Animals, Viva!, Beyond Investing, Catskill Sanctuary, HSI Italia, Pasados, and the Tampa Bay and Richmond VegFests for observing this important day on their social media channels. 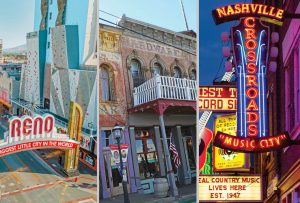 In 2021, WDFA was proclaimed in the cities of Reno and Carson City, Nevada, as well as in Nashville, Tennessee. These capital city governors have shown their commitment to their constituents and to the animals by proclaiming October 2nd “World Day for Farmed Animals.”

On October 2nd, AAM (Fueled by FARM) was able to attend Asheville Vegfest and handed out AAM cards/FARM literature and secured new sign ups to be on our email list. The team had countless conversations with people who expressed interest in signing up for the program and wanting to get active. In addition to the day in Asheville, AAM mentors, mentees, and people not even associated with AAM participated in WDFA events nationwide:

FARM Puerto Rico had a great turn out for World Day for Farmed Animals in Old San Juan at Sube y Baja Yoga. With more than 50 attendees and eight speakers including a very well known journalist, the message of WDFA reached deep into the island territory. The “who’s who” in Puerto Rico activism attended including doctors, lawyers and teachers, as well as many veg-curious and non vegans.

There was also a featured performance of the song “Human” by a well known trans artist who brought several friends and gave an emotional speech.

The caterer “Peace n Loaf” made four special local Juices, and attendees delighted in vegan mac, salad, mini pizzas, and various vegan dipping sauces. Everyone raved about the food. Everything was local and compostable.

Casa Vegana set up a table and sold books, and disseminated Spanish-language FARM brochures. Two large banners were on the road all day in front of hundreds of residents and tourists inviting them inside to meet, network and brainstorm with many activists including those that work in animal law, grassroots marketing, food, as well as coordinate the local Cube of Truth.

Once again, World Day for Farmed Animals inspired thousands to fast against slaughter on October 2nd.

For 2021, the dayforanimals.com (and dot org) websites were redesigned to better reflect the FARM brand as well as include an events engine driven by VegEvents. Our HQ sent out over 850 brochures, posters, or leaflets to individuals and organizations around the country to be handed out during WDFA events.

World Day for Farmed Animals is only possible with your support.